Feds free trucker who drove 2,270 pounds of pot across the border – and says he didn’t know it 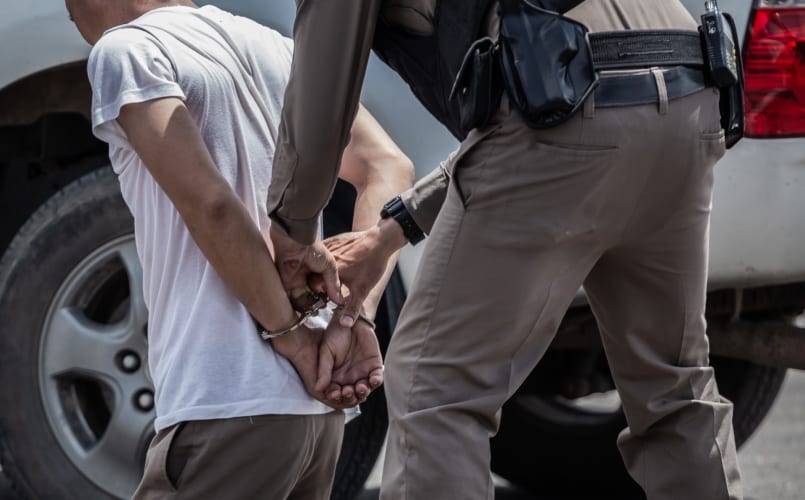 DETROIT — After 16 days of professing his innocence in an American jail cell, a Canadian trucker accused of smuggling more than 2,270 pounds of “highly potent” pot into Detroit has been freed.

And the charges have been dropped.

At issue was whether or not the trucker really knew he was hauling $3.2 million worth of marijuana across international lines.

The driver said he had no idea weed was in the truck and that he believed he was transporting coil rings, as was written on the delivery’s paperwork. His lawyer, Detroit-based criminal defense attorney Ellen Michaels, investigated the case and says marijuana dealers hacked into a trucking company’s computers, created a fake order for coil springs, and then filled the truck with marijuana instead.

“I had not done anything wrong,” Tasbir Singh, 32, told the Detroit Free Press, part of the USA TODAY Network.  “They did not believe me when I told them that I am innocent.”

“I kept praying,” Singh recalled. “Everybody was saying to me, ‘If you haven’t done anything, justice will come.'”

On July 22, the U.S. Attorney’s Office filed a request with the court to have the criminal complaint dismissed without prejudice, which means prosecutors have a right to refile the case at a later date.

“The complaint was dismissed and the defendant released in order to allow the government to investigate further and decide whether criminal prosecution of Singh is appropriate,” said Gina Balaya, a spokesperson for the U.S. Attorney’s Office, in a statement Friday.

Federal prosecutors also stated in court documents the “government needs additional time” to “identify all other individuals who should be held criminally responsible” for the pot smuggling.

According to the court documents and Singh’s lawyer, Singh pulled into a cargo facility in Detroit in his commercial truck with an attached trailer at 9:10 a.m. on July 7. An X-ray inspection in Detroit led to the discovery of seven pallets of suspected marijuana in the trailer. A K-9 sniffed the goods and detected pot.

Singh told authorities he didn’t know marijuana was in the trailer and that he picked up what he believed to be compression springs from a location in North York, Ontario. He said his truck was loaded and sealed by the shipper.

According to court records and his lawyer, Singh was required to remain in his truck due to COVID-19 restrictions while the items were placed in his trailer by the shipper. He then drove to a truck yard in Windsor, parked the truck overnight in an area that is under surveillance, and returned home for his required 10 hours of rest.

That next morning,  before he reached the border, he was contacted by his dispatcher instructing him to deliver the load to a new address in Columbus, Ohio.

“The dispatch operator was very cooperative. She was horrified about what happened to Singh,” Michaels said, noting the company did its own investigation. “They backtracked and were able to determine that the fraud was committed on the Best Care trucking company through a hacked Gmail account.”

“Everything was in order,” Michaels said, noting Singh also stopped to add an additional bolt because that’s required to cross the border.

“He had no knowledge of what was in his truck … He did his due diligence with regard to his load,” Michaels said, who after investigating the case, presented the U.S. Attorneys office with her findings.

“I was able to show them that these truckers are just the drivers. They don’t necessarily have an awareness (of what they’re transporting), and there’s a paper trail of showing how it’s all done,” Michaels said. “He was terrified and horrified about everything that happened … I showed step by step that this guy did everything he was supposed to do.”

One day after providing her documents to the U.S. Attorney’s Office, Michaels said, prosecutors agreed to drop the case and expedite the process to release Singh — who while in jail, missed out on his naturalization ceremony in Canada.

Singh, meanwhile, is home in Windsor, relieved that he found a lawyer who dug into the case and pushed for his quick release.

“… The main thing was the truth. If you pray, then God is with you and truth is with you.”

Singh was eager to clear his name.

“I haven’t done anything wrong in my life. I (have) never been in jail,” Sing said.

“They gave me justice,” Singh said.