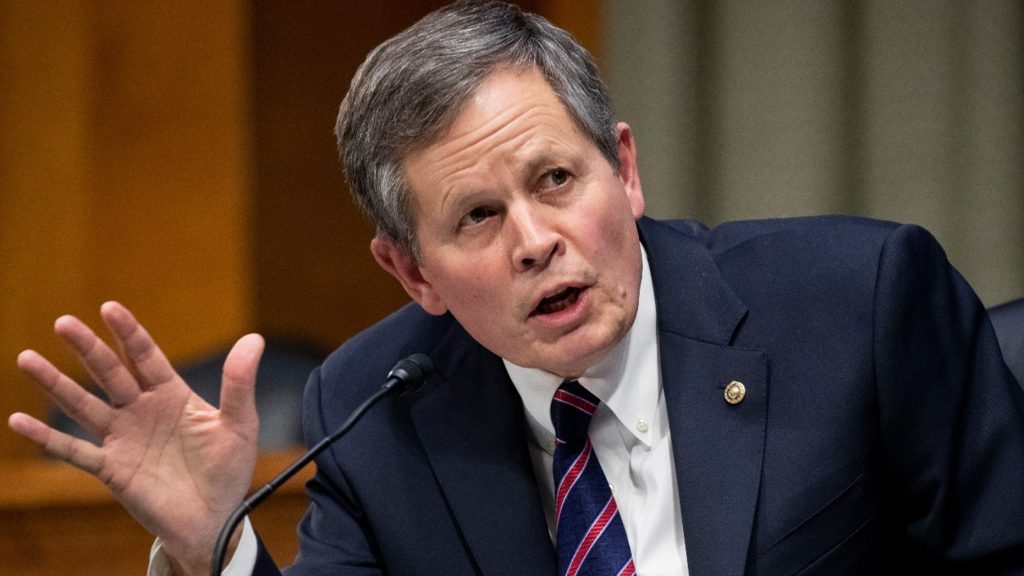 American truck drivers who transport goods into Canada are frustrated by looming vaccine requirements, and some remain concerned the mandates could hinder the supply chain crisis.

Republicans on the Hill remain concerned that President Biden’s vaccine mandates could have negative impacts on the trucking industry and the supply chain crisis.

“It’s going to hurt our Montana trucking businesses and make this inflation and supply chain crisis even worse,” he added.

While several of the trucking officials said they were seeing the vast majority of their drivers getting shots in their arms, they remain concerned the existing driver shortage could spell trouble if even a small portion of drivers fall from the line.

“We pull probably 12 to 14 loads a day in and out of Canada. The concern that drivers have to be vaccinated to come back into the United States – get into Canada and come back here – is a big concern as far as our employment goes,” Steve Hanson, general manager of Hanson Trucking said. “As with any small business in Montana, two to three people can break a business quick.”

Hanson said he was lucky to be able to report that 99% of his drivers had gotten the shots in their arms.

Another trucking company that ships produce out of California up to Canada said all of its drivers had gotten vaccinated as well.

“They weren’t real happy about it, but they said they still have to feed their families,” the official said.

“Some drivers have done it under protest,” Hanson said during the roundtable, adding that “the biggest driver behind that protest is because it’s a mandate.”

Daines said his frustration is rooted in the fact that migrants entering the country are not subject to the same vaccine requirements.

“It has made no sense to me,” the Montana senator said. “Why the president kept the northern border locked down and the southern border wide open? Canadians have a vaccination rate of about 80%. On the southern border, like when the Haitians were flooding across, it was less than one percent.”

Other industry officials present at the roundtable expressed frustration with what they argued were arbitrary guidelines, asking why the line was drawn at businesses with 100 employees or more.

Republicans have pushed back on the vaccine mandates issued under the Department of Labor’s Occupational Safety and Health Administration (OSHA), arguing mass layoffs or resignations could further hinder supply chain issues and inflation.

But Labor Secretary Marty Walsh said last month that the majority of truckers will not actually be affected by the sweeping mandate because, for the most part, they work solo in the cab of their truck.

The OSHA guidelines have an exemption for workers “who do not report to a workplace where other individuals such as co-workers or customers are present.”

Chris Spear, president and CEO of the American Trucking Associations, championed this carveout last month and called it “an enormous victory for our association and industry.”

Spear said the exemption would give the trucking industry “the relief it needs to keep critical goods moving, including food, fuel, medicine and the vaccine itself.”

While Spear championed the carveout, he has helped lead a suit currently in the Supreme Court challenging the sweeping vaccine mandates.