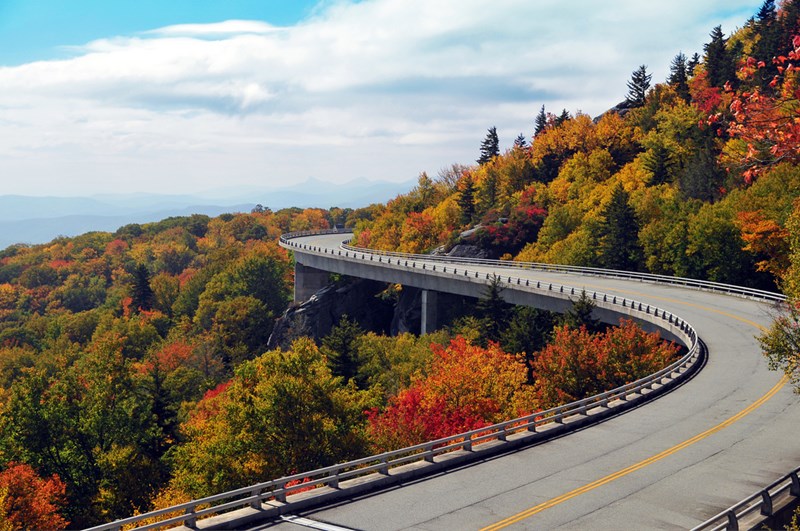 Professional truckers who spend their lives traveling America’s 4 million miles of roads try to avoid certain roads when they know the weather will be nasty. But when Mother Nature is nice, many drivers look forward to these and other stretches of highway for their beautiful views. These are some of their favorites, in no particular order.

Any westbound route from Montana to Idaho

“Mountain peaks, meadows, national forests with green that goes on endlessly. Everything goes on forever on that drive,” said one truck driver named Brian. “The sky goes on forever and the sun is beautiful out there. … It feels like you’re out being a part of nature.”

The snow-capped peaks and beautiful forests, in addition to the exposed grasslands and marshes are idyllic. The views are particularly breathtaking in the autumn, when the aspens turn vibrant golden and yellow. It’s almost the stuff of dreams.

For a more scenic route in California, drivers can circumvent I-5 by taking State Route 1, also known as the Pacific Coast Highway (PCH), as well as U.S. Highway 101. These roads avoid some of the heavy metropolitan traffic in downtown Los Angeles and San Francisco while serving up great scenery.

Carl also said the Seward Highway in Alaska is amazing.

“You go from Anchorage to Seward and the window is just full with the most beautiful mountains you’re ever going to see,” Carl added. “And the countryside is full of animals and beaches. That’s a two-and-a-half-hour drive, just about, and I’m not bored on a second of that route.”

I-70 in Colorado and Utah

Frequent snowstorms can cause major delays for drivers on I-70 in the Colorado Rockies and the mountains in central Utah. However, truckers gave a big thumbs up to summertime trips on this route.

Ken, another truck driver, agreed: “Coming across I-70 into Utah and into Colorado, you see the most breathtaking high desert and rock formations you won’t find anywhere else. Colorado in the summertime, that’s something everyone should drive.”

It’s a 500-mile stretch along I-70 from Denver to I-15 in southwestern Utah. So drivers have plenty of time to admire the mountains, valleys and deserts along the way.

I-64 in West Virginia

Ask most truckers about the landscapes in West Virginia and they will say they couldn’t wait to go back and see them. Some of the best views are along I-64 in the southern part of the state. It runs about 180 miles from Huntingdon in the west to White Sulphur Springs in the east, winding through the beautiful Appalachians.

“If you’re driving on I-64 in West Virginia, you get to this mile marker where you’re looking down on valleys that look like landscape paintings,” Heather, another trucker, said.

This route offers rolling green hills, endless panorama and serenity as drivers roll around the bends. It’s not much of a stretch to understand, especially as this highway is rarely overcrowded or congested, which leaves bridge views all their own.

Read the original article by Freightwaves.