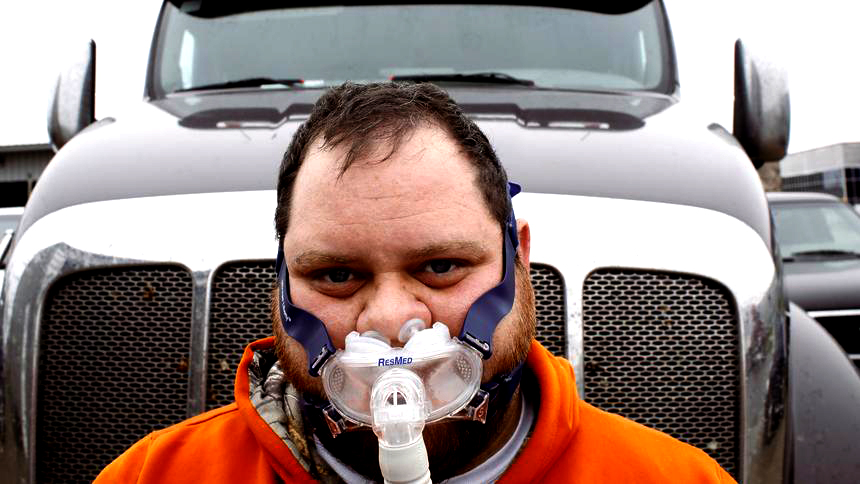 Electronics manufacturing giant Philips is recalling millions of CPAP and BiPAP devices due to an issue that could potentially pose a health risk to users of the machines. In the wake of the recall, an Oregon-based truck driver has filed a class action lawsuit due to not being able to work while not being treated for sleep apnea.

Philips, which also manufactures light bulbs and various electronics, issued the recall on June 14. The recall was intended to address the polyester-based polyurethane (PE-PUR) sound abatement foam, which is used to reduce sound and vibration in the affected devices. The material may break down and potentially enter the device’s air pathway. A full list of affected devices can be seen here.

The U.S. Food & Drug Administration has classified the recall at its most serious, Class I level given potential injury risk. FDA flags a long list of potential ill effects of  “black debris from the foam or certain chemicals released into the device’s air pathway” and inhaled or swallowed, from irritation to “inflammation, headache, asthma, hypersensitivity, nausea/vomiting, adverse effects to other organs (such as kidneys and liver) and toxic carcinogenic effects.”

This presents a critical decision for truckers with sleep apnea using affected Philips devices and their treating physicians. Such haulers can stop using the device and wait for the recall to play out to have the device repaired or replaced, or try to purchase a new device. Alternatively, they might continue using an affected device and take a chance with the potential health risks that prompted the recall.

As of June 14, FDA said there had been more than 1,200 complaints and more than 100 injuries reported for the issue. Philips said despite a low complaint rate (0.03% in 2020), it determined based on testing that the foam could cause risks to users.

The degradation of the foam is exacerbated by the use of unapproved cleaning methods, such as ozone, according to Philips, as well as environments subject to high heat and humidity like those of parked, un-air-conditioned vehicles.

Additionally, in February 2020, nearly a year and a half before the Philips recall, the FDA issued a safety advisory to alert consumers and healthcare providers that the agency had not authorized for market any products using ozone gas to clean, disinfect or sanitize CPAP devices.

Gerry Shelton, a truck driver based in Boring, Oregon, filed a class action lawsuit on June 29 against Philips seeking a refund, replacement with a non-defective device, costs for ongoing medical monitoring, and all other appropriate damages for all the injuries he has suffered as a result of his defective device.

According to the lawsuit, Shelton was diagnosed with sleep apnea and purchased a Philips Dreamstation BiPAP machine in 2020. Because of the recall, he allegedly was forced to stop using the machine, the lawsuit states, which also forced him to stop driving a truck “because he cannot drive with untreated sleep apnea.” The lawsuit also claims Shelton went into atrial fibrillation (increased and irregular heartbeat) as a result of not using the machine.

The lawsuit alleges that Philips knew about the risks associated with the foam in its devices well before the recall was issued. It also claims that “Philips timed its recall of the recalled breathing machines to coincide with the launch of its next generation of products, which purportedly do not suffer from the same PE-PUR foam issues. Thus, the only safe option that Philips offers to its customers – many of whom need and rely on the recalled breathing machines – is to purchase Philips’s newer model, thus profiting Philips further.”

The lawsuit was filed in the U.S. District Court of Massachusetts. Philips has requested a stay on actions in the lawsuit pending ruling on a motion to combine a large number of similar lawsuits filed around the country.

One of Philips’ largest competitors in the portable CPAP space is ResMed, which updated its warranty following the February 2020 FDA notice to not cover devices with ozone damage. ResMed also said its devices use a different material for sound abatement that doesn’t break down.

In a statement to Overdrive, Philips said the company’s priority is to “replace the foam in all the affected devices either by repair or replacement with like devices with the new foam.”

Regarding timing, Philips Senior Press Officer Mario Fante said the company is “working to address this issue as expeditiously as possible.” Given 3 to 4 million affected devices are used globally, though, with about half that number in the United States, and the need for regulatory clearance of replacements, no immediate solution is available, he added.

Fante said that Philips is working with regulatory agencies for clearance to begin sending out repair kits and replacement devices that the company is already producing in large quantities. He said the company has increased production of repair kits and replacement devices in the third quarter to 55,000 units a week with a goal to increase production to 80,000 units a week in the fourth quarter. The company requests those with affected devices register their products on the company website to help facilitate repair. Production capacity has been diverted from new sleep devices to repair and replacement actions entirely.

While Federal Motor Carrier Safety Administration regulations do not specifically address sleep apnea, truck drivers who are diagnosed with any condition that could affect their ability to drive safely, such as sleep apnea, are not permitted to drive unless effective treatment can be shown. In 2016, surveys indicated as much as 27% of Overdrive‘s audience of professional drivers were being treated for the condition.

Though a number of haulers may be using the recalled devices to treat sleep apnea, FMCSA has not issued any new guidance on enforcement discretion or a waiver to allow affected drivers latitude to continue operating.

“The agency is aware of the Phillips recall of its CPAP and BiPAP devices,” said FMCSA spokesperson Duane DeBruyne. “For those drivers affected by the recall, we urge them to work with their medical providers to find alternatives wherever possible – and for CPAP/BiPAP manufacturers to provide all available assistance to drivers impacted by the recall.”

Truckers for a Cause sleep apnea support group co-founder Bob Stanton said he’s been advising members just keep using their device if they’re comfortable with it as the recall plays out, with caveats: if they aren’t using or haven’t used ozone cleaning products, for one. Secondly, Stanton has urged everyone he’s talked to to consult their doctor on the issue.

Stanton added that drivers with sleep apnea on CPAP machines for treatment should contact their treating physician before stopping use of their machine to determine the best plan of action.

“Doctors should evaluate whether the potential risk of inhaling particles is greater than the risk to the driver’s general health if they stop using the CPAP,” he said. “In most cases, there seems to be more risk to stopping the CPAP than inhaling particles. The issue, though, is that if you’ve got one of the recalled CPAPs and want to get off of it, your only choice is to go to a different manufacturer.”

Stanton said if drivers choose to try to switch to a different manufacturer and their Philips device is less than five years old, there’s a good chance health insurance won’t cover the cost of the new device.

“Virtually no insurance company out there will replace a CPAP less than 5 years old…and even if it is more than five years old, you’re still subject to deductibles,” he said.

Written by Matt Cole at Overdrive Online. You can read the original article here.