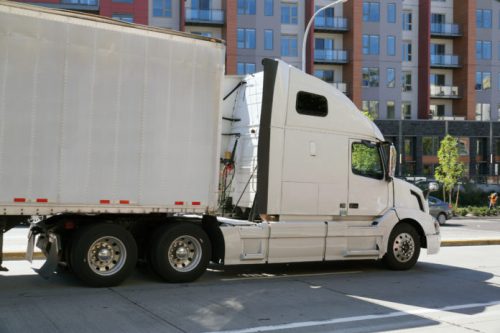 Officials in New York recently announced plans to ban the sale of gas and diesel-powered vehicles in coming years in an effort to slow greenhouse gas emissions and air pollution.

On September 8, New York Governor Kathy Hochul signed legislation (A.4302/S.2758) that would require medium-duty and heavy-duty vehicles sold within the state to be zero-emission by 2045, essentially banning the sale of diesel-powered trucks at that time.

Hochul’s legislation would also require all new passenger cars and trucks sold in New York State to be zero-emissions by 2035.

“New York is implementing the nation’s most aggressive plan to reduce the greenhouse gas emissions affecting our climate and too reach our ambitious goals, we must reduce emissions from the transportation sector, currently the largest source of the state’s climate pollution,” Governor Hochul said. “The new law and regulation mark a critical milestone in our efforts and will further advance the transition to clean electric vehicles, while helping to reduce emissions in communities that have been overburdened by pollution from cars and trucks for decades.”

The new legislation would also require the development of a zero-emissions vehicle development strategy by 2023, which will be led by the New York State Energy Research and Development Authority (NYSERDA) to expedite the implementation of the State policies and programs necessary to achieve the law’s new goals.

The move to ban gas and diesel powered vehicles is modeled after California’s Advanced Clean Truck regulation that will require truck manufacturers to begin the transition from diesel to zero-emission trucks in 2024. By 2045, “every new truck sold in California will be zero-emission,” officials say.

In July 2020, New York was one of 15 states plus the District of Washington that entered into a “joint memorandum of understanding,” to partner to advance and accelerate the market for electric medium- and heavy-duty vehicles, including large pickup trucks and vans, delivery trucks, box trucks, school and transit buses, and long-haul delivery trucks (big-rigs). The other states include California, Connecticut, Colorado, Hawaii, Maine, Maryland, Massachusetts, New Jersey, North Carolina, Oregon, Pennsylvania, Rhode Island, Vermont, and Washington.