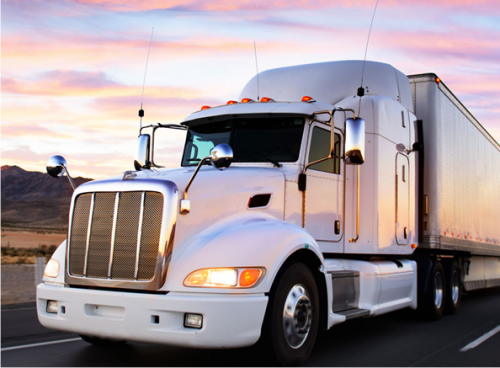 August data from Cass Information Systems shows a sequential surge in expenditures, a proxy for freight rates, with shipments stepping higher as well. The year-over-year comparisons for both subindexes were materially higher again.

Freight rates up and to the right

The expenditures component of the Cass Freight Index (NASDAQ: CASS) jumped 11.3% from July on a seasonally adjusted basis, 42.2% higher year-over-year. Roughly 90% of the increase in the index was tied to higher freight rates. Compared to two years ago, the index is up almost 35%.

“Extraordinary growth rates” are expected to extend through the near term, the report’s author, Tim Denoyer, senior analyst at ACT Research, stated. He said if the index follows normal seasonal trends, it will log a 35% full-year increase in 2021, compared to a 7% decline last year and a flat result in 2019.

Unending consumer demand, a lack of transportation capacity (equipment and drivers) and a supply chain under duress continue to push freight rates higher.

Inferred rates, or expenditures divided by shipments, advanced 6.1% sequentially (seasonally adjusted) in August. The index was up 26.6% year-over-year to the highest reading on record.

A change in mode to favor higher-priced trucking drove “a good bit” of the move higher but “broad and material increases” were seen across multiple modes. The average increases for the index over the last six months total 15% and assuming normal seasonality going forward, the index will be up 20% compared to last year.

Cass’ truckload linehaul index, which records changes in per-mile TL linehaul rates excluding fuel and assessorials, increased 12.6% year-over-year, almost 8% higher than the 2019 level. This was the second-highest index reading (only to May of this year) since Cass started tracking the data in 2005.

Further, Denoyer warned shippers that increases in the index are actually being suppressed by mix and capacity issues.

“This series has been under some pressure from longer-haul mix related to the chassis shortage and intermodal network congestion in recent months, so we would again caution shippers not to get too excited and carriers not to worry too much. This mix issue is noise, not signal, and the dampening effect on the index is considerable.”

Denoyer said more imports are being transloaded to trucks given congestion issues on the West Coast as well as slower rail service, which is increasing shipment distances. He believes “underlying truckload rates are up more in the 15%-20% range.”

TL spot rates continue to step higher as supply constraints expand. Contract rates, which lag spot market activity by one to two quarters, are following suit. It appears likely that TL contract rates will shake out 15%-plus higher year-over-year in 2020 and the early indications suggest contract rates will be up again in 2022.