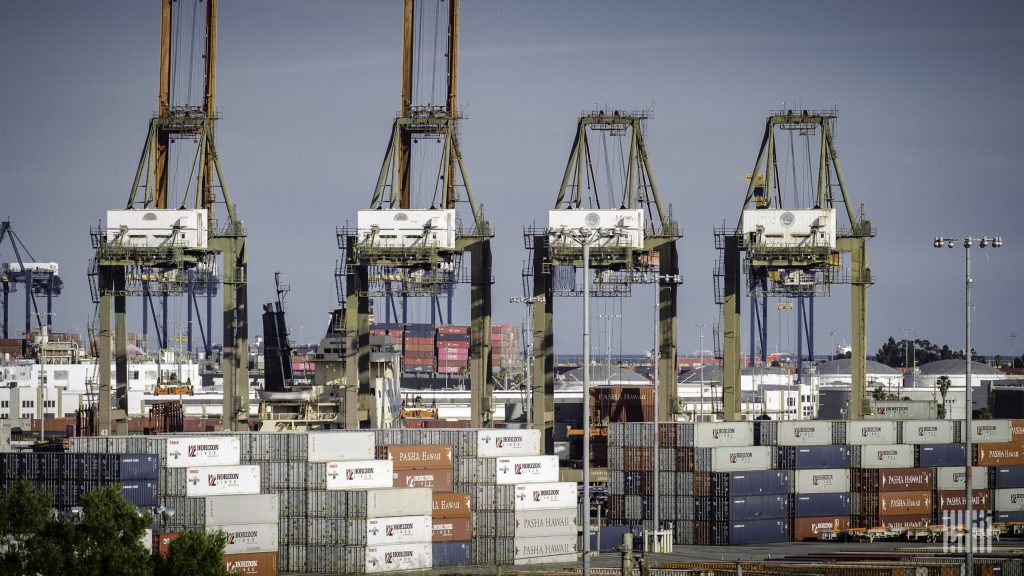 We’re well into the back nine of 2021 on a course full of doglegs, sand traps and water hazards. The industry has played with high handicaps this year, dealing with prolonged capacity and labor tightness, but what’s in store on the final holes? More of the same, according to Sean Burke, chief commercial officer at Echo Global Logistics.

“I believe we’re looking at an extremely tight market for the foreseeable future, through the end of this year would be my expectation,” Burke said, adding that tightness is likely to continue until the industry gets more drivers, equipment and warehouse labor. “With hurricane-relief loads, along with the normal seasonality of produce and the backlog of vessels especially on the West Coast, we’re looking at pretty tight conditions for the remainder of the year.”

Events that would normally dominate headlines as consequential seem to merely be chapters in a lengthy novel. Hurricane Ida and the ongoing import congestion backlogging vessel berths at ports like Los Angeles and Long Beach do pack a punch, but only add to a year already full of surprises.

“In 2018, every shipper was looking at how to become a shipper of choice, but we haven’t heard much about that this year,” Fernandez said. “Although the market is as crazy as it was in 2018, if not worse, their ability to make themselves better to partner with isn’t as easy because of their lack of warehouse employees; it’s almost impossible with the staff many currently have.”

Shippers and retailers have had a year to adjust operations for this year’s peak, and carriers have added more infrastructure since the last spike, but it may not be enough as uncertainty around severe weather events and the emergence of the delta variant could alter consumer shopping habits.

Regardless, one needs only to watch a college football or NFL game to see Americans’ eagerness to resume daily life. Sentiments are growing to move the economy forward in spite of the risks. About 53% of Americans are fully vaccinated.

One report suggests demand for peak-season U.S. parcel delivery services will exceed the total capacity of the nation’s delivery network by about 4.7 million parcels a day, according to ShipMatrix. What’s more, U.S. retail sales have been incredibly strong this year, but perhaps a bit too strong, as retail sales continue to outpace inventory replenishment.

Jason Miller, associate professor of supply chain management at Michigan State University’s Eli Broad College of Business, reports that retail inventories are now substantially higher than pre-COVID, but sales have been so high that the inventory-to-sales ratio is far below where it was pre-COVID.

Miller also compared the June sales and inventory figures for specific categories of wholesale and retail imports, which showed that the rise in sales greatly outpaced the rise in inventories for most categories, while inventories actually fell in others. As noted by FreightWaves Senior Editor Greg Miller, this helps explain the ongoing flood of cargo into U.S. ports and the unprecedented pileup of ships at anchor off the coast of Los Angeles.

In Southern California, the Port of Long Beach reported this month that the “peak shipping season started with a roar” for the West Coast facility, as it recorded its strongest August on record. Long Beach handled 807,704 twenty-foot equivalent units in August, up 11.3% from the same month last year. Imports were up 11.7%, while exports dropped 5.3%, but the number of empty containers moving through the port shot up 19.7% year-over-year to 280,794 TEUs.

But bottlenecks in Asia have had a ripple effect, with shippers and consumers stateside feeling the sting of globalization. Just last month, the Chinese port of Ningbo, the third-largest container port in the world, closed for two weeks after a single employee tested positive for COVID. All inbound and outbound container operations were redirected to other terminals, bringing congestion along with them.

This marks the second time that a major Chinese terminal has restricted operations this year, as the country continues to clamp down on COVID outbreaks. FreightWaves reported that the Yantian International Container Terminal in Shenzhen was restricted to 30% productivity from late May through June because of coronavirus infections, causing major container backlogs and congestion at other ports that took on its imports. As a result, the pent-up arrival of containers created cargo jams at destination ports in the U.S. and Europe.

“Continuous and consistent movement is so important for any supply chain network, so any sort of high peaks or low valleys can really create backlogs at certain points,” Burke said, alluding to the bullwhip effect in reverse. “In addition to the bottlenecks at origin [points] — the factories and ports overseas — there are unloading challenges at U.S. ports on top of driver and warehouse labor shortages and a lack of space. It’s all creating different levels of bottlenecks that are going to take a while to work through.”

Burke advises to build as much flexibility as possible into the planning process, including appointment scheduling and transit times, noting that the best plans are those that can change at a moment’s notice.

He suggests assessing the needs of each load too, perhaps opting to expedite certain pallets instead of shipping full truckload every time. It’s also worth noting the benefits of multimodal transportation. Burke said each mode has its share of challenges, but shippers should consider choosing a mix of transportation modes if transit times allow for it.

Burke tells his clients to not be afraid to overshare their concerns. He said one of the least discussed topics currently is order cancellations.

“We talk a lot about the service of the actual load, but these disruptions to supply chains also create a lot of cancellations of orders because inventory isn’t there,” Burke said. “It just adds another layer of complexity into the planning process for carriers, 3PLs, shippers and receivers. So I think overcommunication in addition to updating forecasts as frequently as possible is critical to success.”

Collaboration is a popular industry term but one that Burke said isn’t practiced enough. “For all of us to get through these bottlenecks, collaboration between all partners in the supply chain is essential,” Burke said, adding that using data to drive improvements is key. “I’m hoping that the industry as a whole is going to learn a lot from 2020 and this year to become stronger in the future. I really believe that it starts with collaboration throughout the supply chain, sharing information, sharing order changes from the appointment process, and being open and honest about current market situations, which change daily.”