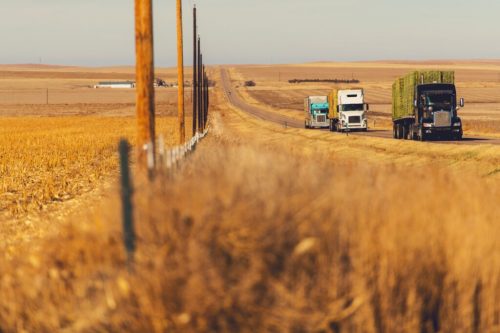 The Infrastructure Investment and Jobs Act of 2021 reauthorizes spending on existing federal public-works programs and provides $550 billion in new spending. Of those new funds, $110 billion would go toward roads and bridges, $66 billion to rail and almost $40 billion to transit. About $7.5 billion is allocated to building charging stations for electric vehicles.

American Trucking Associations president and CEO Chris Spear said, “For nearly three decades, our nation and industry have been held hostage by empty promises—all talk, no action. Today, the Senate put America ahead of itself. Passage of this bipartisan infrastructure bill is a ground-breaking step toward revitalizing America’s decaying roads and bridges, supporting our supply chain and economy with the foundation they need to grow, compete globally and lead the world. The bill also contains significant measures to grow and strengthen trucking’s essential workforce.”

Todd Spencer, president and CEO of Owner-Operator Independent Drivers Association had a different opinion. “Given how critical drivers are to our nation’s supply chain, it is extremely frustrating to see lawmakers continue to treat truckers as an afterthought,” Spencer said.

“Despite the disappointing outcome, we want to thank Senators Mark Kelly, D-Ariz., and Cynthia Lummis, R-Wyo. for championing Amendment 2615, which would have helped increase truck parking capacity across the country. We will continue work with them to identify other opportunities to address the lack of parking,” he said.

“Truckers are routinely expected to simply be thankful for more highway funding and accept the fact all their unique needs are ignored time and time again.”

“We are grateful that senators from across the ideological spectrum have come together in support of long-term infrastructure investment,” said Natso president and CEO Lisa Mullings.

“We are pleased that the Senate did not include tolling interstate highways or commercializing rest areas, which would have discouraged the private sector from investing in electric vehicle charging.”

“We appreciate the difficult work it took to get bipartisan agreement on this bill and are pleased that the policy choices made on transportation energy infrastructure point toward a future in which the private sector can dramatically increase the alternative energy options available to consumers across the nation,” said Richard Guttman, president of Sigma.

“The Senate’s bipartisan bill begins the process of creating a competitive market for electric vehicle charging infrastructure that will benefit convenience retailers and consumers for years to come,” said Henry Armour, president and CEO of NACS. “We have been pleased to work with senators from both parties to make progress on alternative energy and look forward to continuing those partnerships as these discussions continue.”

The bill also has many non-infrastructure provisions affecting motor carriers. It calls for the Federal Motor Carrier Safety Administration to set up a women of trucking advisory board. The legislation would set up an apprenticeship pilot program for CDL holders under the age of 21.

It also calls for a task force to check leasing arrangements between carriers and owner-operators and directs the DOT to study automatic emergency braking on new commercial vehicles. A driver compensation study has also been directed and a comprehensive study is to be carried out on the causes of crashes involving commercial vehicles.