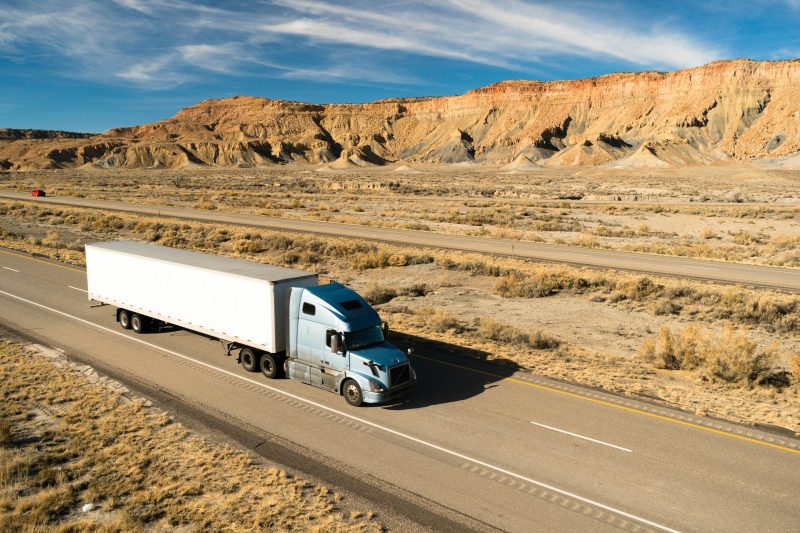 As extreme heat smothers western states, trucking operations are pressing on at a regular pace.

The region, already blasted with heat in June, is experiencing another bout of scorching temperatures.

In Montana, for example, the governor has declared statewide emergencies due to drought and fire conditions — which include regulatory relief for truckers.

In Boise, Idaho, the temperature is projected to hover around 101 degrees Fahrenheit on July 12 and remain high through most of the week, according to the National Weather Service. Meanwhile, the western Montana town of Thompson Falls is forecast to experience highs of 95 degrees beginning July 12, and farther west, temperatures are expected to reach 110 degrees in Redding, Calif., and 113 degrees in Las Vegas.

While we can’t control the weather, we can control what we do. Remember to use caution when working or recreating outdoors. https://t.co/nj4pdIXck7

In response to the heat, Idaho Trucking Association President Allen Hodges said the group has sent information on safety considerations to its members. Precautions for drivers include drinking plenty of fluids as well as resting when needed.

“Everybody’s been running their business as usual,” Hodges told Transport Topics. “At the same time, people have been taking precautions because of the heat.”

The Idaho Trucking Association is based in Meridian, which lies just west of Boise and experienced high temperatures of 98 degrees on July 8. Hodges said triple-digit temperatures such as the ones Idahoans are bracing for might appear once or twice in August, but are rare for July.

Arizona Trucking Association President Tony Bradley said his state experienced an “early heating trend” in June, with temperatures of 115-117 degrees. He said he and his colleagues usually don’t see that kind of heat until later in July. The National Weather Service forecasts temperatures reaching 111 degrees on July 12 in Tolleson, Ariz., where the trucking association is based.

“We’re fairly used to being on the surface of the sun,” Bradley said of the Arizona trucking community.

He cautioned drivers operating in extreme heat to be mindful of tire pressure.

Greg Dubuque, president of both Liberty Linehaul West Inc. and the California Trucking Association, emphasized the importance of thorough pre-trip inspections as well as functioning anti-idle devices and coolant hoses. Based east of Los Angeles in Montebello, Calif., the company operates in the United States and Canada.

Enjoy the "cooler" temperatures today and Friday. The heat will return starting Saturday and is forecast to continue through most of next week. #idwx #orwx pic.twitter.com/Rfi12SWuvl

Dubuque also advised drivers to be cognizant of skin protection, noting the large windows on modern trucks are good for visibility but allow a lot of heat to enter the vehicles. When staying overnight at a rest area, he recommended drivers aim their trucks west to minimize light pouring in when the sun rises.

“With more glass in the cab of the truck, there’s more sunlight coming in, bringing more heat,” Dubuque told TT.

Transportation agencies in states that are experiencing extreme heat, including California, Idaho, North Dakota and Nevada, have not issued guidance or restrictions on freight loads.

For loads that can be negatively impacted by heat, such as livestock or crops, timing the loading and unloading of animals to coincide with morning or evening hours, when temperatures are usually lower, is important for carriers to ensure safe and healthy arrival, said Jon Samson, executive director of American Trucking Associations’ Agricultural and Food Transporters Conference.

Gianforte’s office reported about 91% of Montana faced “abnormally dry to extreme” drought conditions as of June 22. At this point last year, about 52% of the state experienced similar conditions.

“Every region of the state faces severe to extreme drought conditions, and the situation is getting worse,” Gianforte said.