What’s it like hauling nuclear weapons across the country? 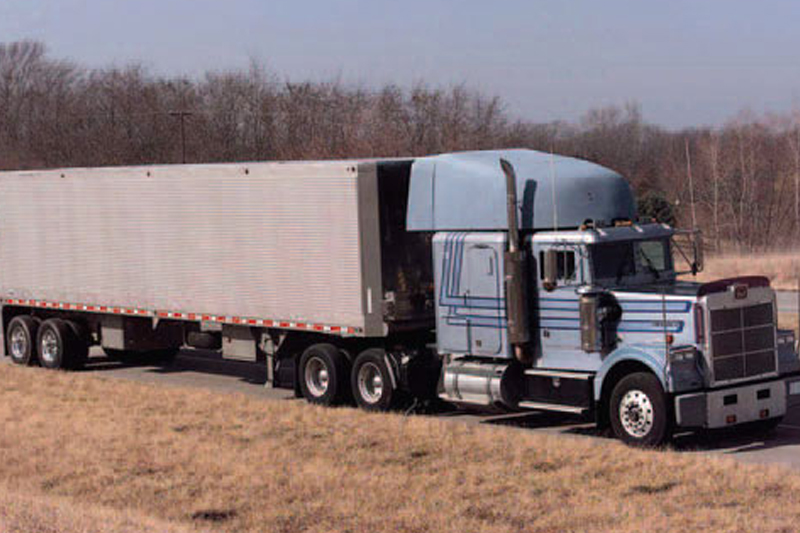 Nuclear materials couriers (NMCs) might have one of the toughest and most secretive jobs in the transportation industry: hauling nuclear bombs and other dangerous material.

The drivers who make up the covert fleet transporting nuclear weapons to locations across the United States are operated by the National Nuclear Security Administration (NNSA), an organization established in 2000.

The Office of Secure Transportation is part of the NNSA, which is a semi-autonomous agency within the U.S. Department of Energy (DOE). Curtis Johnson, the lead federal agent recruiter for NNSA, said in some ways the job is like other trucking jobs.

“Similar to other truck driving jobs, the NMC position does have its share of routine and monotonous long hours over the road,” Johnson told FreightWaves. “However, unlike most other trucking careers, these long-haul trips are part of a larger operation and every vehicle in the convoy is manned by multiple federal agents who share the driving, communications and security.”

“We typically advertise the NMC position on www.usajobs.gov three or four times per year, with each job announcement being open to new applicants for one or two weeks at a time,” Johnson said.

After completing the hiring process, NMC candidates will spend approximately 18 weeks of training at Fort Chaffee, Arkansas. The 18-week-long course is referred to as nuclear materials courier basic (NMCB) training and is a requirement for all new NMC candidates.

“I don’t believe that comparing NMCB to a military boot camp would be the best comparison,” Johnson said. “Our agency’s NMCB training would better compare to the specialized schooling that military service members attend after graduating from boot camp, such as infantry school or security forces training.”

The NMCB training runs two to three classes per year and applicants must have either military or law enforcement experience.

The NMCB has three primary phases of training in which candidates develop the requisite knowledge, skills and abilities to become an NMC, including:

“The numbers fluctuate, but quite often only 45 to 50 of the 60 trainees will graduate each year,” Johnson said. “The top three reasons for candidates not graduating are voluntary resignations, injuries and failing to satisfactorily complete a portion of the training.”

Once a candidate becomes an NMC, he or she is authorized to make warrantless arrests and use lethal force if necessary during missions, Johnson said.

Mission travel is generally performed year-round and is almost always preplanned. The position does not require nuclear couriers to be on call at all times.

Missions are always transporting either nuclear weapons, nuclear weapon components or special nuclear materials, such as uranium, to secure military sites across the U.S.

Listening to the radio or music is allowable so long as it does not interfere with convoy communications, Johnson said.

“Though the travel element of the job can be less than exciting, NMCs train year-round when they are not on the road doing missions,” Johnson said. “The mission pace changes from month to month, but most trips occur every other week with the other weeks being dedicated to training (shooting range, physical fitness, computer-based training, tactics).”

You can read the original article by Freightwaves here.