A Trucking Crisis Has the U.S. Looking for More Drivers Abroad 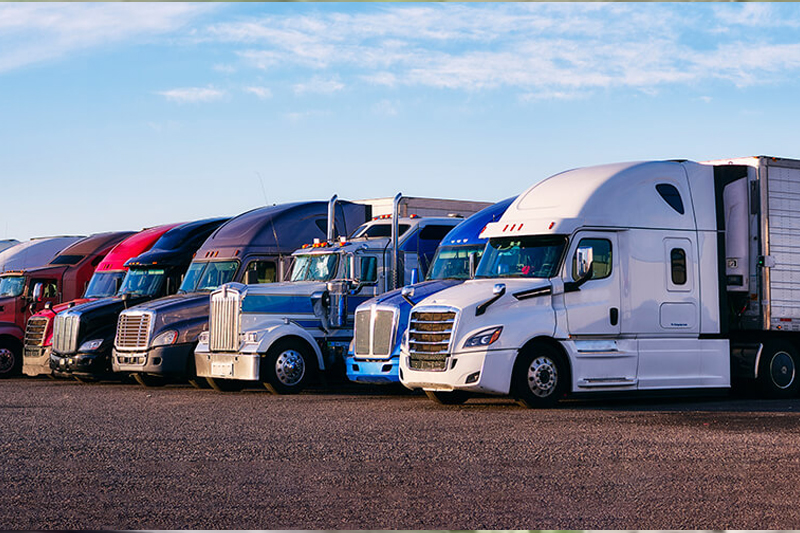 A shortage of truckers across the U.S. has become so severe that companies are trying to bring in drivers from abroad like seemingly never before.

For the first time in her 10-year trucking career, Holly McCormick has found herself coordinating with an agency in South Africa to source foreign drivers. A recruiter for Groendyke Transport Inc., McCormick has doubled her budget since the pandemic and is still having trouble finding candidates.

The U.S. has been grappling with a chronic lack of drivers for years, but the shortage reached crisis levels because of the pandemic, which simultaneously sent demand for shipped goods soaring while touching off a surge in early retirements. The consequences have been both dire and far-reaching: Filling stations have had gasoline outages. Airports have run short on jet fuel. A stainless-steel maker declared force majeure. And lumber prices hit a record, with some suppliers partly blaming delivery delays.

As McCormick put it: “If we’re not able to haul these goods, our economy virtually shuts down.”

Trucking has emerged as one of the most acute bottlenecks in a supply chain that has all but unraveled amid the pandemic, worsening supply shortages across industries, further fanning inflation and threatening a broader economic recovery.

“We’re living through the worst driver shortage that we’ve seen in recent history, by far,” said Jose Gomez-Urquiza, the chief executive officer of Visa Solutions, an immigration agency with a focus on the transportation industry.

As a result, demand for Visa Solutions’ services from the trucking industry has more than doubled since before the pandemic, and “this is 100% because of the driver shortage,” he said.

Bringing in more foreign workers faces a number of hurdles including visa limits and complicated immigration rules, but trucking advocates see an opening now to overcome some of those obstacles after the Biden Administration created a task force to address the supply chain problems impeding the economic recovery.

In July, Transportation Secretary Pete Buttigieg, Labor Secretary Marty Walsh, and Meera Joshi, deputy administrator of the Federal Motor Carrier Safety Administration, held a roundtable meeting with the trucking industry to discuss efforts to improve driver retention and reduce turnover. Among the measures the industry is seeking is lowering the minimum age to 18 from 21 for interstate drivers and adding trucking to the list of industries that can bypass some of the Department of Labor’s immigration certification process.

That would be a boon to Andre LeBlanc, vice president of operations at Petroleum Marketing Group, which oversees fuel delivery to around 1,300 gas stations, mostly in the northeast. Some of those depots have seen shortages for as many as 12 hours because “we simply can’t re-supply them because we don’t have the qualified drivers,” he said, estimating the group needs about 40 more to run at full capacity. Meanwhile, of the 24 drivers LeBlanc has tried to hire through a federal immigration program, only three have gotten through all steps of the verification process.

“We’ve got 21 drivers right now who are qualified, who can come to this country the right way and are ready to come here and solve this problem,” he said. “We can’t seem to get an answer on what we need to do to move that forward.”

Read the original article by Bloomberg.